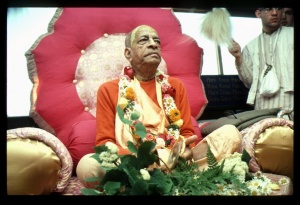 All the other gopīs help increase the joy of Kṛṣṇa’s pastimes with Rādhārāṇī. The gopīs act as the instruments of Their mutual enjoyment.