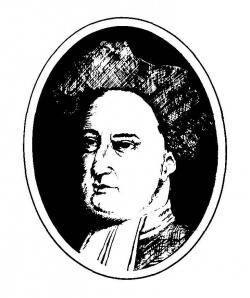 Hayagrīva: Berkeley. Berkeley—very brief section on Berkeley. Berkeley seems to be arguing against objective reality. In other words, three men standing in a field looking at a tree could all have a different impression or idea of the tree, or at least according to his argument. The problem is, although there are three impressions of the tree, each differing from one another, there is no tree as such. Now, how does the tree as such exist? In the mind of God? Is it possible for a conditioned living entity to perceive the suchness or essence of anything?

Prabhupāda: Everything means God, expansion of God's energy. So how tree or anything can be without reference to God? We see that the earthen pot is on the ground, on the, what is called, ground?

Prabhupāda: So it is staying on earth, so the earthen pot is not different from the earth. So everything is expansion of God's energy. How we can avoid God with reference to anything that we see? There cannot be anything independent of God. The example is there: the earthen pot, as soon as you see, we remember the potter, that "Who has made?" and the wheel of the potter. So a... God is the original creator, He is the ingredient, and He is the category also, and He is the original substance. That is the conception, Vedic conception of God. He is everything. That is nondual conception. And if you make anything separate from God, then how you can say sarvaṁ khalu idaṁ brahma, "Everything is Brahman"? Then if you say everything is God, at the same time you separate something from God, so that is, what is called, contradiction. Our conception is, "Yes, actually everything has reference to the God, so everything is God's property. It should be utilized for God's service." That is our Kṛṣṇa consciousness movement.

Hayagrīva: In his last dialogue, Berkeley writes, "The apprehension of a distant Deity naturally disposes men to be negligent of their moral actions, which they would be more cautious of in case they thought Him"—that is God—"immediately present."

Prabhupāda: Yes, that is a fact. We say, the Vedic śāstra says, that God is everywhere; He is not distant. In the Kuntī's prayer it is said, "God is distant and nearest also." So nearest, by God's paramātmā feature, He is living in everyone's heart, īśvaraḥ sarva-bhūtānāṁ hṛd-deśe... (BG 18.61). So He is within our heart; how He can be distant? But at the same time He is in His personal feature, He is in Goloka Vṛndāvana, which, beyond, far, far beyond this material existence. So that is God's all-pervasive equality, that although He is far, far away, still He is near, nearest. The crude example is there that the heater, the original source of heat and light, is far, far away, ninety-three millions miles according to the modern scientist calculation, the sun. But still the light is in my room. So God is both far away and also within my heart. So one who is expert to see God, he sees both way. Goloka eva nivasaty akhilātma-bhūto (Bs. 5.37). Although He is living in His own abode eternally, and enjoying with His associates, still He is present everywhere. That is God.

Hayagrīva: Well, in what way is God concerned with the moral or immoral actions of man? Is God indifferent to them, or has He simply set the laws of nature in motion and allowed men to follow their own course and reap the fruit of their own karma?

Hayagrīva: So much for Berkeley. (end)