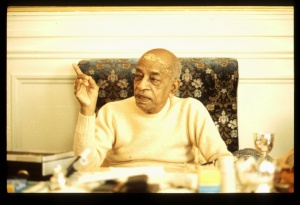 All the sons of Dhṛtarāṣṭra along with their allied kings, and Bhīṣma, Droṇa and Karṇa, and all our soldiers are rushing into Your mouths, their heads smashed by Your fearful teeth. I see that some are being crushed between Your teeth as well.

In a previous verse the Lord promised to show Arjuna things he would by very interested in seeing. Now Arjuna sees that the leaders of the opposite party (Bhīṣma, Droṇa, Karṇa and all the sons of Dhṛtarāṣṭra) and their soldiers and Arjuna's own soldiers are all being annihilated. This is an indication that Arjuna will emerge victorious in battle, despite heavy losses on both sides. It is also mentioned here that Bhīṣma, who is supposed to be unconquerable, will also be smashed. So also Karṇa. Not only will the great warriors of the other party like Bhīṣma be smashed, but some of the great warriors of Arjuna's side also.