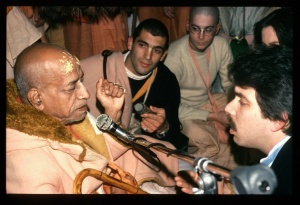 O King, when the demigods and demons, by the strength of their arms, rotated Mandara Mountain on the back of the extraordinary tortoise, the tortoise accepted the rolling of the mountain as a means of scratching His body, and thus He felt a pleasing sensation.