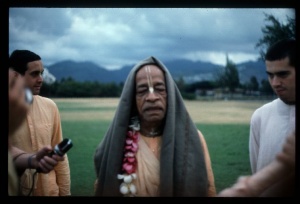 The great sage Vidura continued: O best of the brāhmaṇas, it is very difficult for living entities encaged within this material body to have personal contact with Lord Śiva. Even great sages who have no material attachments do not contact him, despite their always being absorbed in meditation to attain his personal contact.

Since Lord Śiva does not incarnate himself unless there is some special reason, it is very difficult for an ordinary person to contact him. However, Lord Śiva does descend on a special occasion when he is ordered by the Supreme Personality of Godhead. In this regard, it is stated in the Padma Purāṇa that Lord Śiva appeared as a brāhmaṇa in the age of Kali to preach the Māyāvāda philosophy, which is nothing but a type of Buddhist philosophy. It is stated in Padma Purāṇa: