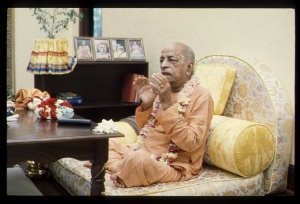 As the Vedas are the reservoir of sacrificial purposes, so the daughter of King Devaka-bhoja conceived the Supreme Personality of Godhead in her womb, as did the mother of the demigods. Is she [Devakī] doing well?