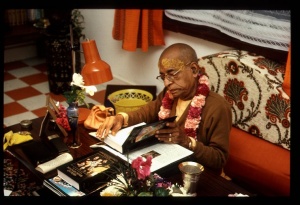 O King, since you have asked me about our friends and relatives in the city of Dvārakā, I will inform you that all of them were cursed by the brāhmaṇas, and as a result they all became intoxicated with wine made of putrefied rice and fought among themselves with sticks, not even recognizing one another. Now all but four or five of them are dead and gone.