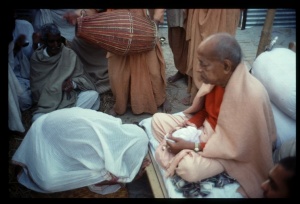 All the people gathered there sat down to honor the prasāda, and by and by they took food. All the brāhmaṇas and their wives were fed first.