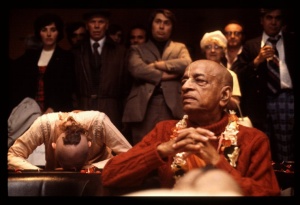 “After creating the total number of universes, which are unlimited, Mahā-Viṣṇu expanded Himself into unlimited forms and entered into each of them.