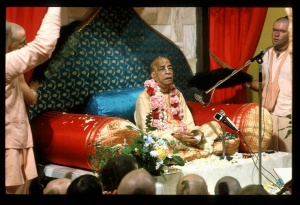 “When the Lord married 16,108 wives at Dvārakā, He expanded Himself into many forms. These expansions and the expansions at the rāsa dance are called prābhava-prakāśa, according to the directions of revealed scriptures.