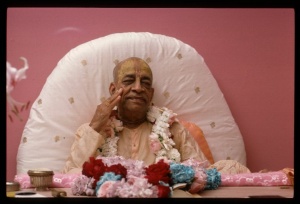 "Lord Jagannātha is completely spiritual and full of transcendental bliss, but you have compared Him to a dull, destructible body composed of the inert, external energy of the Lord.