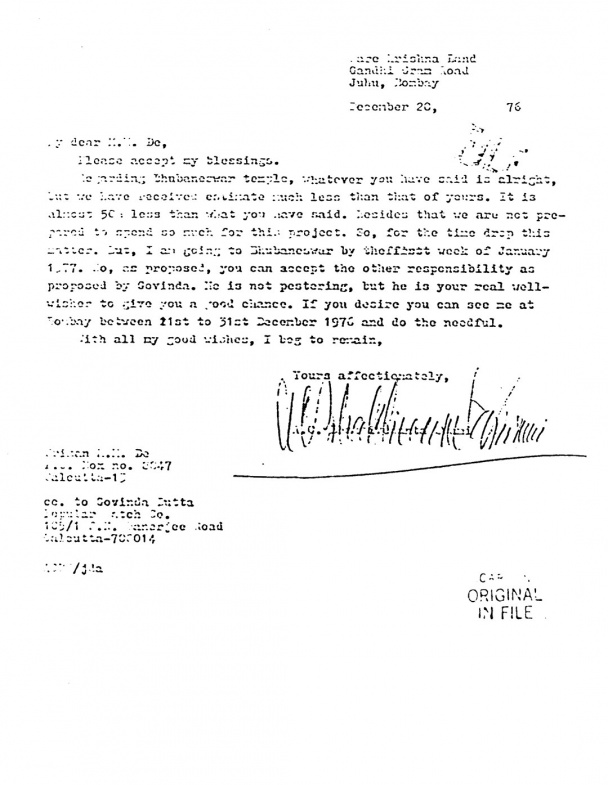 Regarding Bhubaneswar temple, whatever you have said is alright, but we have received estimate much less than that of yours. It is almost 50% less than what you have said. Besides that we are not prepared to spend so much for this project. So, for the time drop this matter. But, I am going to Bhubaneswar by the first week of January 1977. So, as proposed, you can accept the other responsibility as proposed by Govinda. He is not pestering, but he is your real well-wisher to give you a good chance. If you desire you can see me at Bombay between 21st to 31st December 1976 and do the needful.

With all my good wishes, I beg to remain,