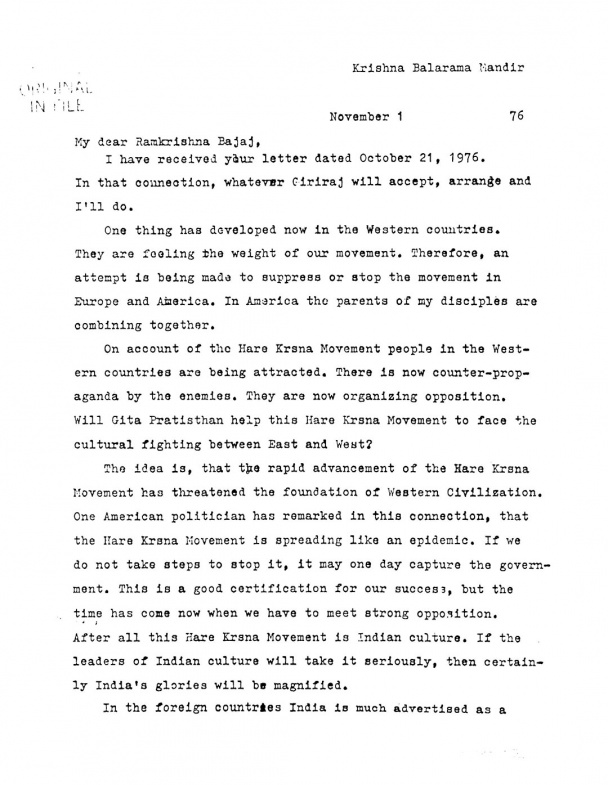 Letter to Ramakrishna Bajaj (Page 1 of 2) 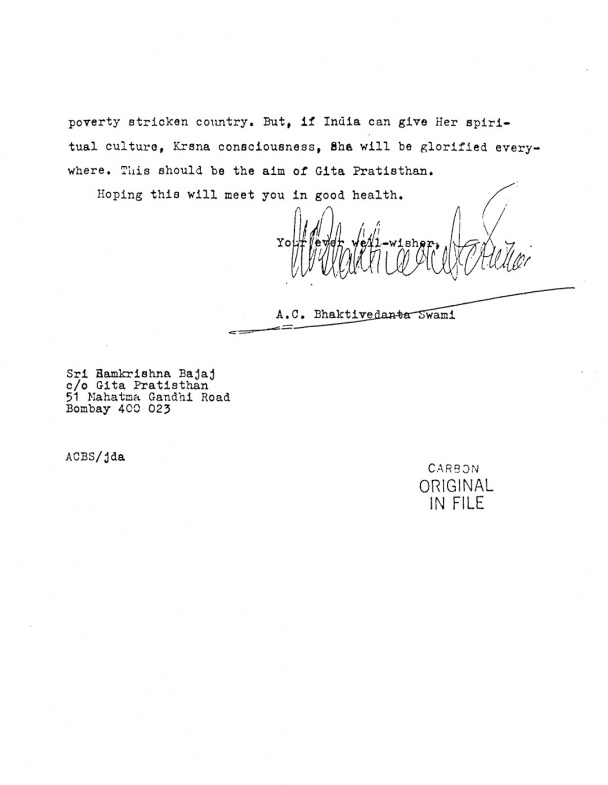 Letter to Ramakrishna Bajaj (Page 2 of 2)

I have received your letter dated October 21, 1976. In that connection, whatever Giriraj will accept, arrange and I'll do.

One thing has developed now in the Western countries. They are feeling the weight of our movement. Therefore, an attempt is being made to suppress or stop the movement in Europe and America. In America the parents of my disciples are combining together.

On account of the Hare Krsna Movement people in the Western countries are being attracted. There is now counter-propaganda by the enemies. They are now organizing opposition. Will Gita Pratisthan help this Hare Krsna Movement to face the cultural fighting between East and West?

In the foreign countries India is much advertised as a poverty stricken country. But, if India can give Her spiritual culture, Krsna consciousness, she will be glorified everywhere. This should be the aim of Gita Pratisthan.