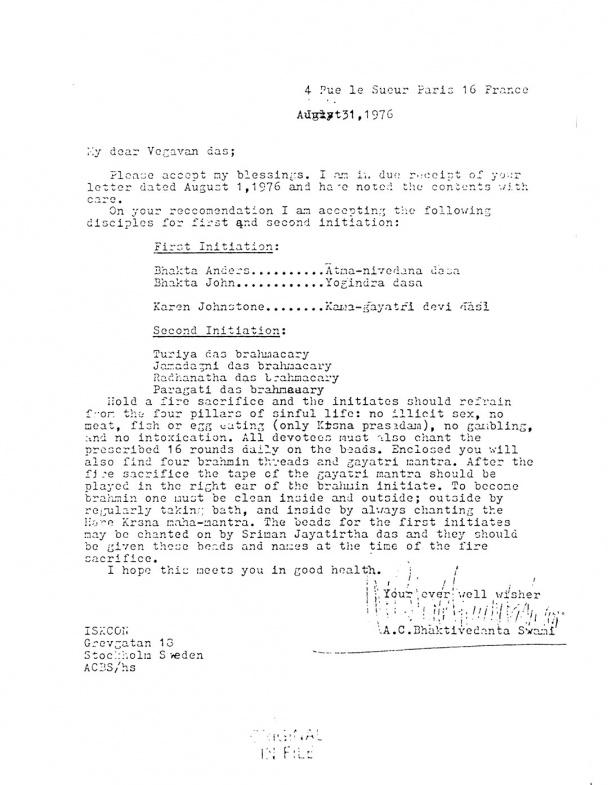 Please accept my blessings. I am in due receipt of your letter dated August 1, 1976 and have noted the contents with care.

On your recommendation I am accepting the following disciples for first and second initiation:

Hold a fire sacrifice and the initiates should refrain from the four pillars of sinful life: no illicit sex no meat, fish or egg eating (only Krsna prasadam), no gambling, and no intoxication. All devotees must also chant the prescribed 16 rounds daily on the beads. Enclosed you will also find four brahmana threads and gayatri mantra. After the fire sacrifice the tape of the gayatri mantra should be played in the right ear of the brahmana initiate. To become brahmana one must be clean inside and outside; outside by regularly taking bath, and inside by always chanting the Hare Krsna maha-mantra. the beads for the first initiates may be chanted on by Sriman Jayatirtha das and they should be given these beads and names at the time of the fire sacrifice.