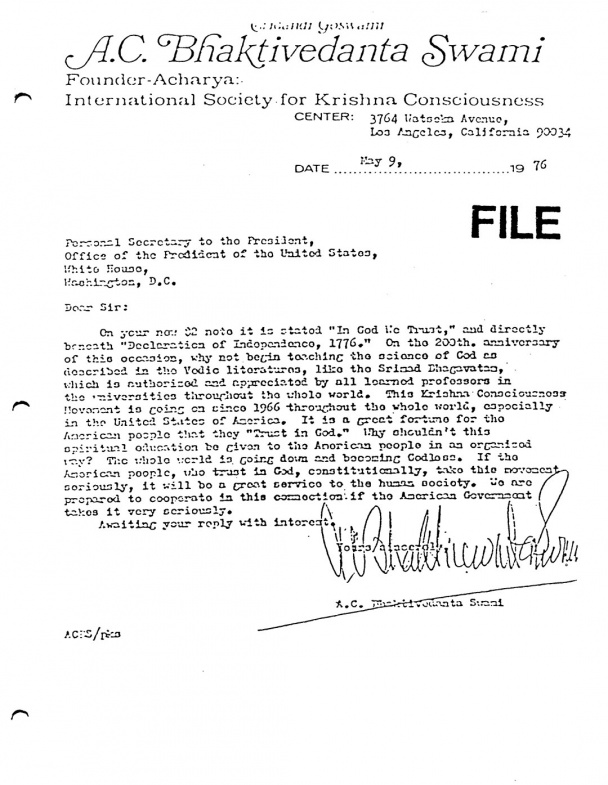 Letter to Personal Secretary to the President of the United States

Personal Secretary to the President,
Office of the President of the United States,
White House,
Washington, D.C.

Dear Sir:
On your new $2 note it is stated "In God We Trust," and directly beneath "Declaration of Independence, 1776." On the 200th anniversary of this occasion, why not begin teaching the science of God as described in the Vedic literatures, like the Srimad-Bhagavatam, which is authorized and appreciated by all learned professors in the universities throughout the whole world. This Krishna Consciousness Movement is going on since 1966 throughout the whole world, especially in the United States of America. It is a great fortune for the American people that they "Trust in God." Why shouldn't this spiritual education be given to the American people in an organized way? The whole world is going down and becoming Godless. If the American people, who trust in God, constitutionally, take this movement seriously, it will be a great service to the human society. We are prepared to cooperate in this connection if the American Government takes it very seriously.

Awaiting your reply with interest.