760111 - Letter to Rupanuga written from Bombay 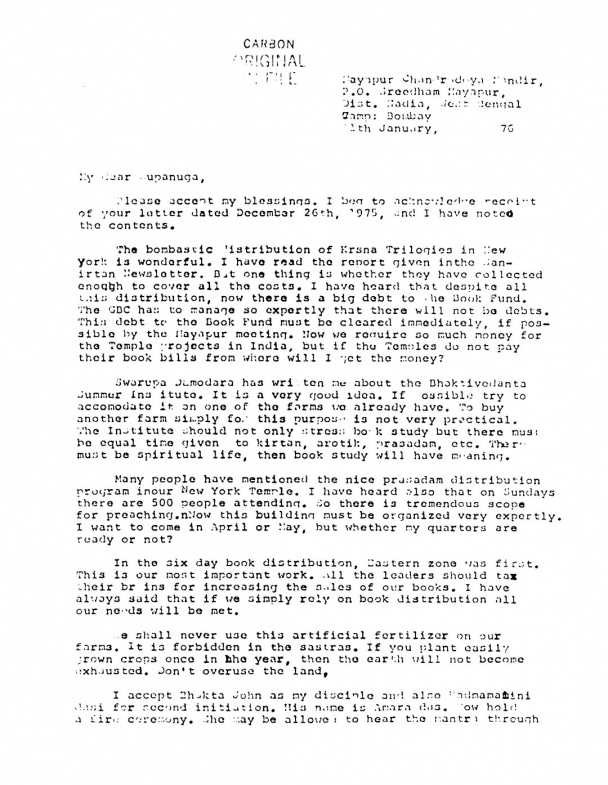 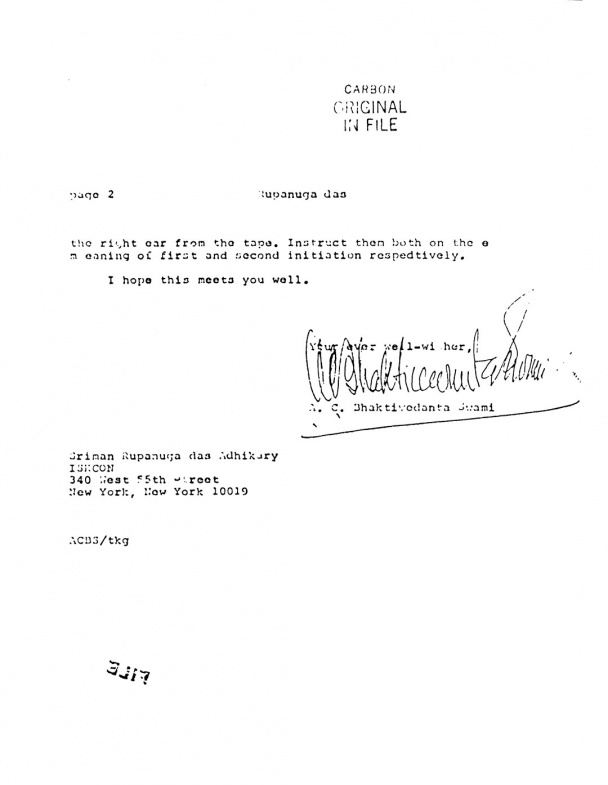 Please accept my blessings. I beg to acknowledge receipt of your letter dated December 26th, 1975, and I have noted the contents.

The bombastic distribution of Krsna Trilogies in New York is wonderful. I have read the report given in the Sankirtan Newsletter. But one thing is whether they have collected enough to cover all the costs. I have heard that despite all this distribution, now there is a big debt to the Book Fund. The GBC has to manage so expertly that there will not be debts. This debt to the Book Fund must be cleared immediately, if possible by the Mayapur meeting. Now we require so much money for the Temple projects in India, but if the Temples do not pay their book bills from where will I get the money?

Swarupa Damodara has written me about the Bhaktivedanta Summer Institute. It is a very good idea. If possible try to accommodate it on one of the farms we already have. To buy another farm simply for this purpose is not very practical. The Institute should not only stress book study but there must be equal time given to kirtan, arotik, prasadam, etc. There must be spiritual life, then book study will have meaning.

Many people have mentioned the nice prasadam distribution program in our New York Temple. I have heard also that on Sundays there are 500 people attending. So there is tremendous scope for preaching. Now this building must be organized very expertly. I want to come in April or May, but whether my quarters are ready or not?

In the six day book distribution, Eastern zone was first. This is our most important work. All the leaders should tax their brains for increasing the sales of our books. I have always said that if we simply rely on book distribution all our needs will be met.

We shall never use this artificial fertilizer on our farms. It is forbidden in the sastras. If you plant easily grown crops once in the year, then the earth will not become exhausted. Don't overuse the land.

I accept Bhakta John as my disciple and also Padmamalini dasi for second initiation. His name is Amara das. Now hold a fire ceremony. She may be allowed to hear the mantra through

the right ear from the tape. Instruct them both on the meaning of first and second initiation respectively.

I hope this meets you well.