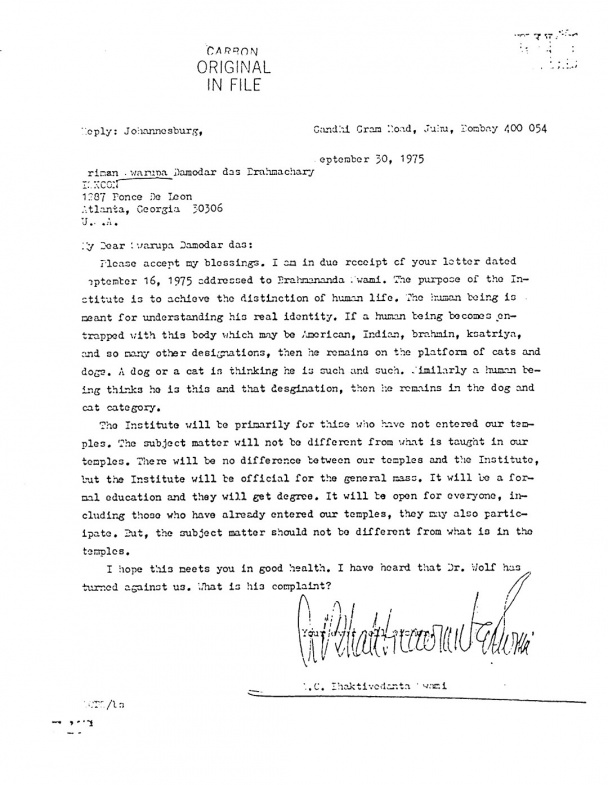 My Dear Svarupa Damodar das:
Please accept my blessings. I am in due receipt of your letter dated September 16, 1975 addressed to Brahmananda Swami. The purpose of the Institute is to achieve the distinction of human life. The human being is meant for understanding his real identity. If a human being becomes entrapped with this body which may be American, Indian, brahmin, ksatriya, and so many other designations, then he remains on the platform of cats and dogs. A dog or a cat is thinking he is such and such. Similarly a human being thinks he is this and that designation, then he remains in the dog and cat category.
The Institute will be primarily for those who have not entered our temples. The subject matter will not be different from what is taught in our temples. There will be no difference between our temples and the Institute, but the Institute will be official for the general mass. It will be a formal education and they will get degree. It will be open for everyone, including those who have already entered our temples, they may also participate. But, the subject matter should not be different from what is in the temples.
I hope this meets you in good health. I have heard that Dr. Wolf has turned against us. What is his complaint?