750202 - Letter to Rupanuga written from Honolulu 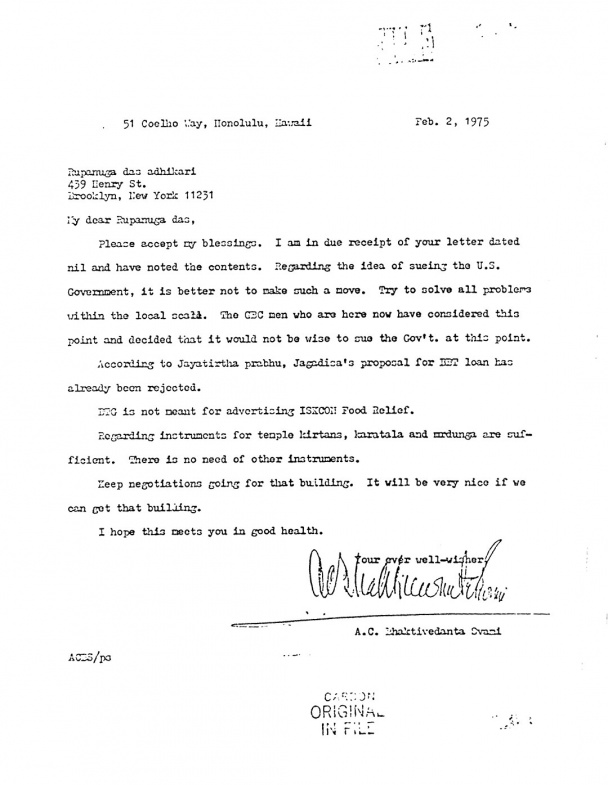 My dear Rupanuga das,
Please accept my blessings. I am in due receipt of your letter dated nil and have noted the contents. Regarding the idea of sueing the U.S. Government, it is better not to make such a move. Try to solve all problems with the local scale. The GBC men who are here now have considered this point and decided that it would not be wise to sue the Govt. at this point.

According to Jayatirtha prabhu, Jagadisa's proposal for BBT loan has already been rejected.
BTG is not meant for advertising ISKCON Food Relief.
Regarding instruments for temple kirtans, karatala and mrdunga are sufficient. There is no need of other instruments.
Keep negotiations going for that building. It will be very nice if we can get that building.