741210 - Letter to Radhavallabha from Brahmananda

From Vanisource
(Redirected from 741210 - Letter to Radhavallabha written from Bombay)
Jump to: navigation, search 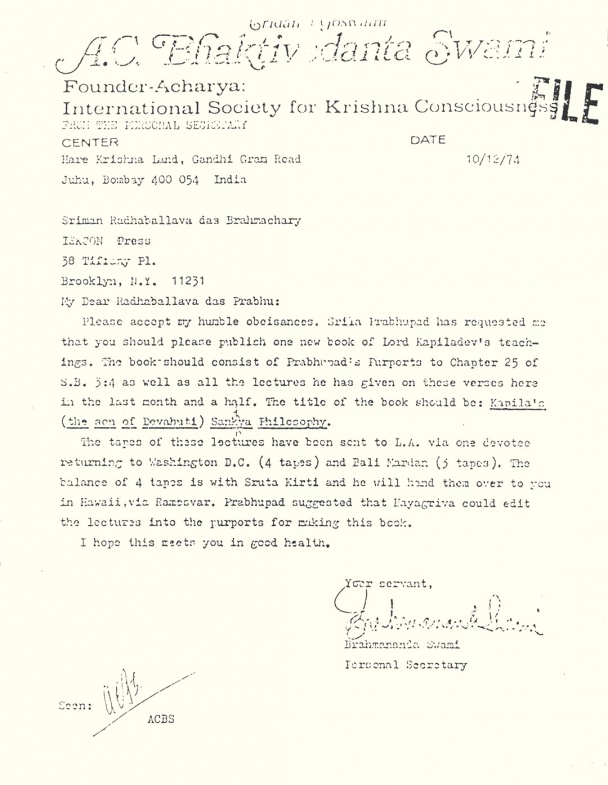 Please accept my humble obeisances. Srila Prabhupada has requested me that you should please publish one new book of Lord Kapiladeva's teachings. The book should consist of Prabhupada's purports to Chapter 25 of S.B. #4 as well as all the lectures he has given on these verses here in the last month and a half. The title of the book should be: Kapila's (the son of Devahuti) Sankhya Philosophy.

The tapes of these lectures have been sent to L.A. via one devotee returning to Washington D.C. (4 tapes) and Bali Mardan (3 tapes). The balance of 4 tapes is with Srutakirti and he will hand them over to you in Hawaii, via Ramesvara. Prabhupada suggested that Hayagriva could edit the lectures into the purports for making this book.