741203 - Letter to Radhavallabha from Brahmananda

(Redirected from 741203 - Letter to Radhavallabha written from Bombay) 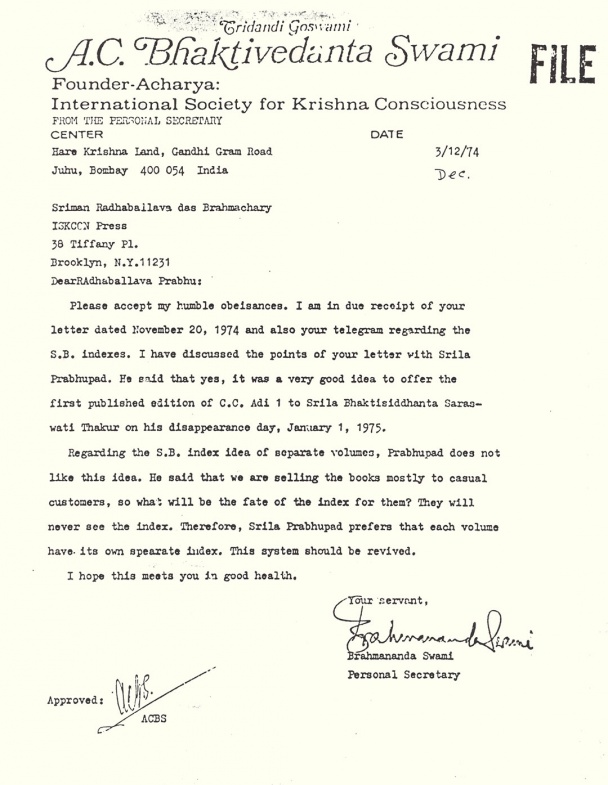 Please accept my humble obeisances. I am in due receipt of you letter dated November 20, 1974 and also your telegram regarding the S.B. indexes. I have discussed the points of your letter with Srila Prabhupada. He said that yes, it was a very good idea to offer the first published edition of C.C. Ādi:1 to Srila Bhaktisiddhanta Sarasvati Thakura on his disappearance day, January 1, 1975.

Regarding the S.B. index idea of separate volumes, Prabhupada does not like this idea. He said that we are selling the books mostly to casual customers, so what will be the fate of the index for them? They will never see the index. Therefore, Srila Prabhupada prefers that each volume have its own separate index. This system should be revived.