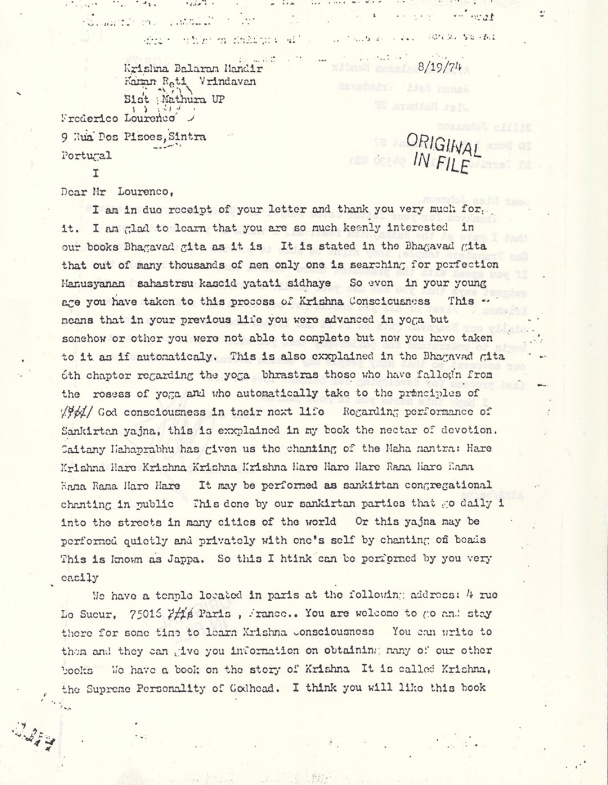 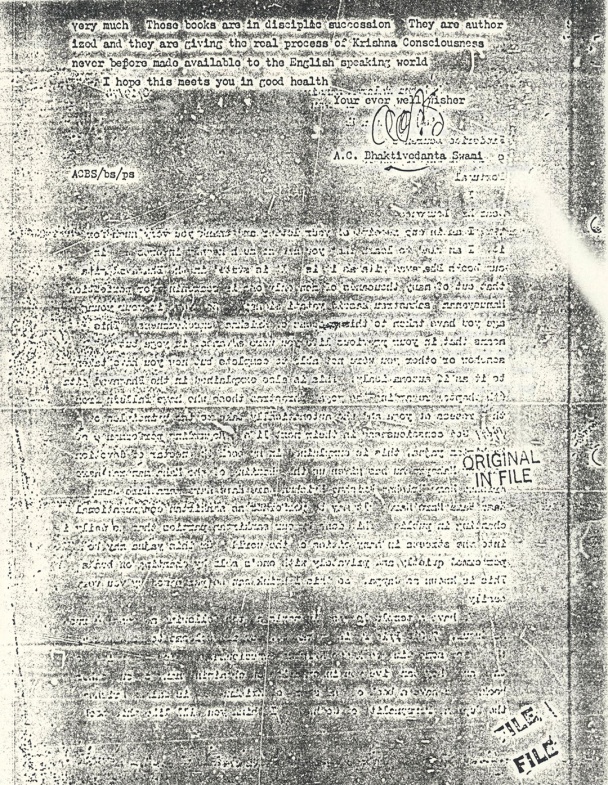 I am in due receipt of your letter and thank you very much for it. I am glad to learn that you are so much keenly interested in our books Bhagavad gita as it is. It is stated in the Bhagavad gita that out of many thousands of men only one is searching for perfection. Manusyanam sahasrsu kascid yatati sidhaye (BG 7.3). So even in your young age you have taken to this process of Krishna Consciousness. This means that in your previous life you were advanced in yoga but somehow or other you were not able to complete but now you have taken to it as if automatically. This is also explained in the Bhagavad gita 6th chapter regarding the yoga bhrastras those who have fallen from the process of yoga and who automatically take to the principles of God consciousness in their next life. Regarding performance of Sankirtana yajna, this is explained in my book the nectar of devotion. Caitanya Mahaprabhu has given us the chanting of the Maha mantra: Hare Krishna Hare Krishna Krishna Krishna Hare Hare Hare Rama Hare Rama Rama Rama Hare Hare. It may be performed as sankirtan congregational chanting in public. This done by our sankirtana parties that go daily into the streets in many cities of the world. Or this yajna may be performed quietly and privately with one's self by chanting on beads. This is known as Japa. So this I think can be performed by you very easily.

We have a temple located in Paris at the following address: 4 reu Le Sueur, 75016 Paris, France. You are welcome to go and stay there for some time to learn Krishna Consciousness. You can write to them and they can give you information on obtaining many of our other books. We have a book on the story of Krishna. It is called Krishna, the Supreme Personality of Godhead. I think you will like this book very much. These books are in disciplic succession. They are authorized and they are giving the real process of Krishna Consciousness never before made available to the English speaking world.