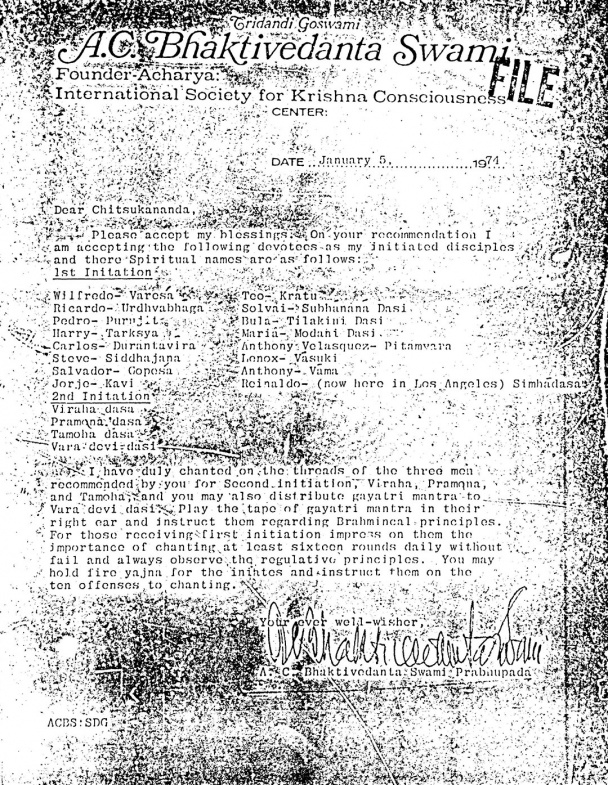 Please accept my blessing. On your recommendation I am accepting the following devotees as my initiated disciples and there Spiritual names are as follows:
1st Initiation

I have duly chanted on the threads of the three men recommended by you for Second initiation, Viraha, Pramona, and Tamoha, and you may also distribute gayatri mantra to Vara devi dasi. Play the tape of gayatri mantra in their right ear and instruct them regarding Brahminical principles. For those receiving first initiation impress on them the importance of chanting at least sixteen rounds daily without fail and always observe the regulative principles. You may hold fire yajna for the initiates and instruct them on the ten offenses to chanting.