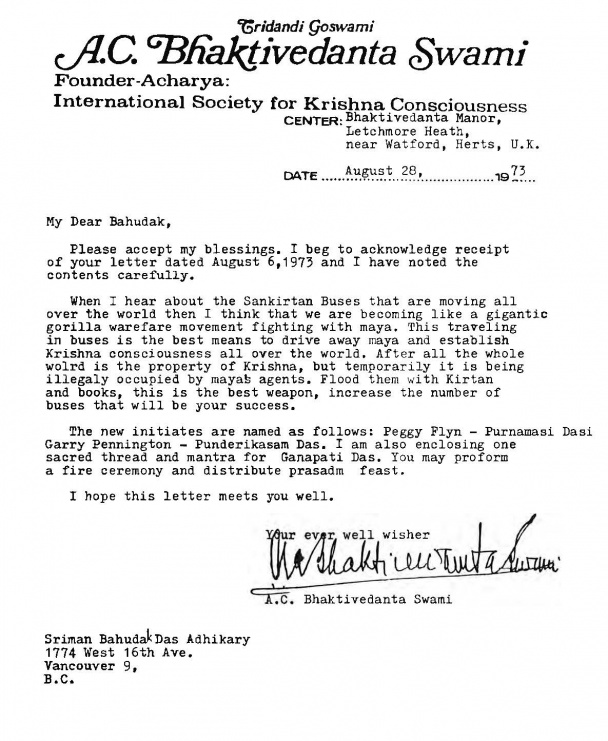 Please accept my blessings. I beg to acknowledge receipt of your letter dated August 6, 1973 and I have noted the contents carefully.

When I hear about the Sankirtan Buses that are moving all over the world then I think that we are becoming like a gigantic gorilla warfare movement fighting with maya. This traveling in buses is the best means to drive away maya and establish Krishna consciousness all over the world. After all the whole world is the property of Krishna, but temporarily it is being illegally occupied by maya's agents. Flood them with kirtan and books, this is the best weapon, increase the number of buses that will be your success.

The new initiates are named as follows: Peggy Flyn—Purnamasi Dasi, Garry Pennington—Punderikasam Das. I am also enclosing one sacred thread and mantra for Ganapati Das. You may proform a fire ceremony and distribute prasadam feast.