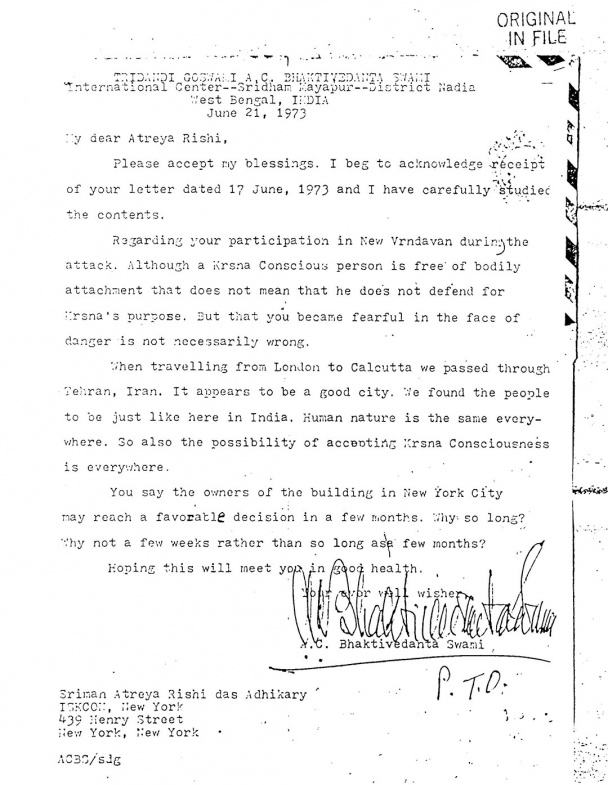 Please accept my blessings. I beg to acknowledge receipt of your letter dated 17 June, 1973 and I have carefully studied the contents.

Regarding your participation in New Vrndavan during the attack. Although a Krsna Conscious person is free of bodily attachment that does not mean that he does not defend for Krsna's purpose. But that you became fearful in the face of danger is not necessarily wrong.

When travelling from London to Calcutta we passed through Tehran, Iran. It appears to be a good city. We found the people to be just like here in India. Human nature is the same everywhere. So also the possibility of accepting Krsna Consciousness is everywhere.

You say the owners of the building in New York City may reach a favorable decision in a few months. Why so long? Why not a few weeks rather than so long as a few months?