681017 - Letter to Rayarama written from Seattle 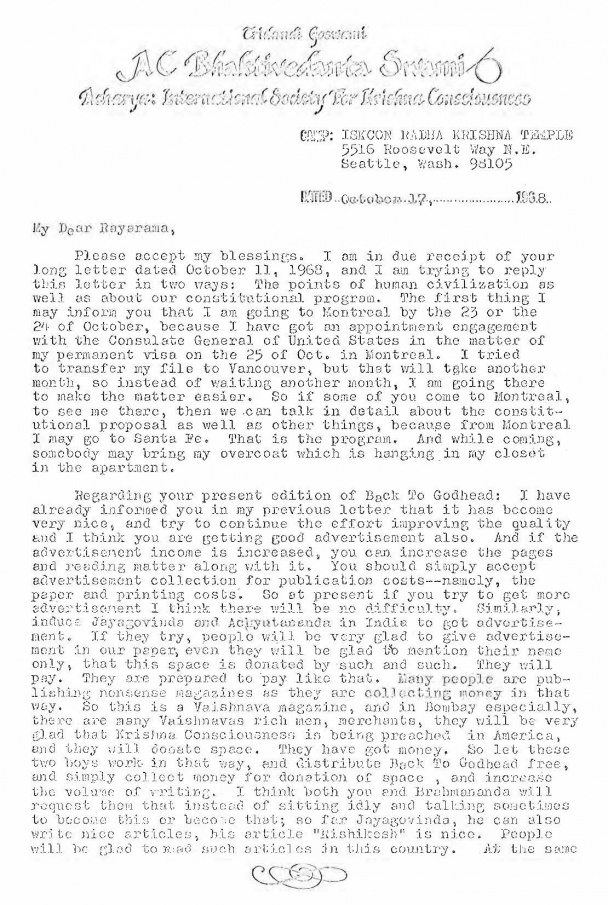 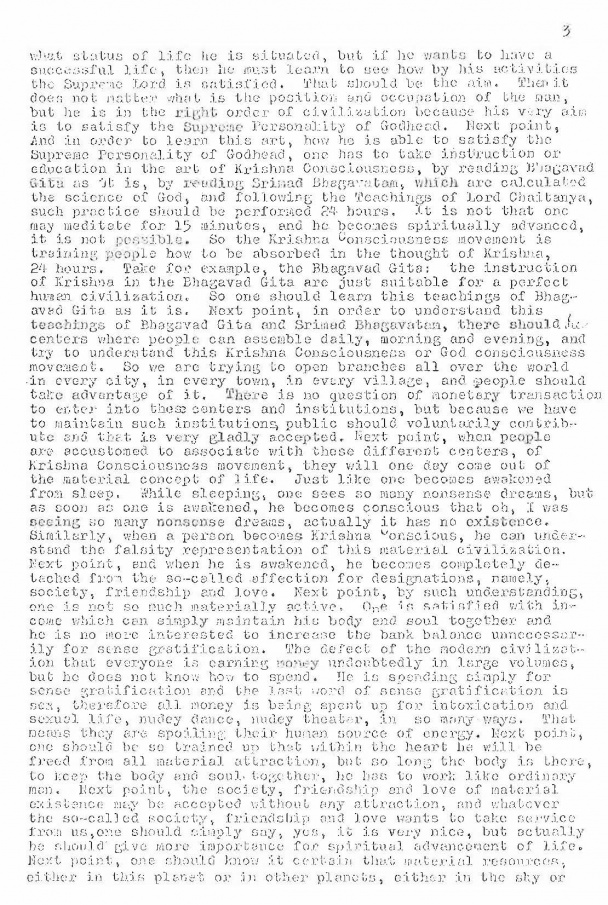 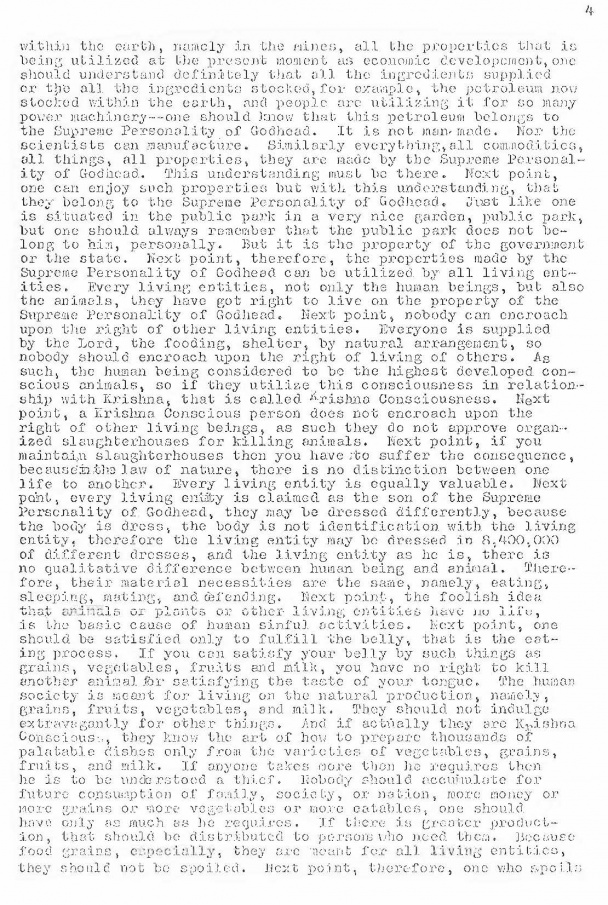 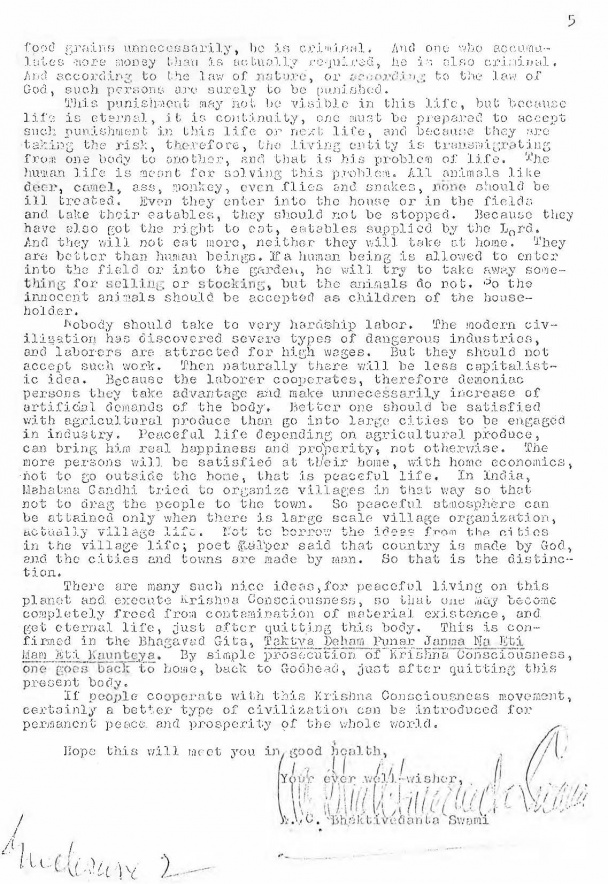 Please accept my blessings. I am in due receipt of your long letter dated October 11, 1968, and I am trying to reply this letter in two ways: The points of human civilization as well as about our constitutional program. The first thing I may inform you that I am going to Montreal by the 23 or the 24 of October, because I have got an appointment engagement with the Consulate General of United States in the matter of my permanent visa on the 25 of Oct. in Montreal. I tried to transfer my file to Vancouver, but that will take another month, so instead of waiting another month, I am going there to make the matter easier. So if some of you come to Montreal, to see me there, then we can talk in detail about the constitutional proposal as well as other things, because from Montreal I may go to Santa Fe. That is the program. And while coming, somebody may bring my overcoat which is hanging in my closet in the apartment.

Regarding your present edition of Back To Godhead: I have already informed you in my previous letter that it has become very nice, and try to continue the effort improving the quality and I think you are getting good advertisement also. And if the advertisement income is increased, you can increase the pages and reading matter along with it. You should simply accept advertisement collection for publication costs--namely, the paper and printing costs. So at present if you try to get more advertisement I think there will be no difficulty. Similarly, induce Jayagovinda and Achyutananda in India to get advertisement. If they try, people will be very glad to give advertisement in our paper, even they will be glad to mention their name only, that this space is donated by such and such. They will pay. They are prepared to pay like that. Many people are publishing nonsense magazines as they are collecting money in that way. So this is a Vaishnava magazine, and in Bombay especially, there are many Vaishnavas rich men, merchants, they will be very glad that Krishna Consciousness is being preached in America, and they will donate space. They have got money. So let these two boys work in that way, and distribute Back To Godhead free, and simply collect money for donation of space, and increase the volume of writing. I think both you and Brahmananda will request them that instead of sitting idly and talking sometimes to become this or become that; so far Jayagovinda, he can also write nice articles, his article "Rishikesh" is nice. People will be glad to read such articles in this country. At the same time, people in India will be glad to learn that Krishna Consciousness is being preached in western countries. In this way, we have to form International Society. So practically now we are in the making of, so you go on drafting the constitution, but don't distribute now. Whatever you do, you first of all show me, and the final copy will be distributed, then we shall call for a meeting and then we shall adopt. Don't distribute immediately. Anyway, try to do it conveniently, there is no haste. But don't distribute anything without showing me. So far the constitution goes, my instruction for the present is this.

Hope this will meet you in good health,