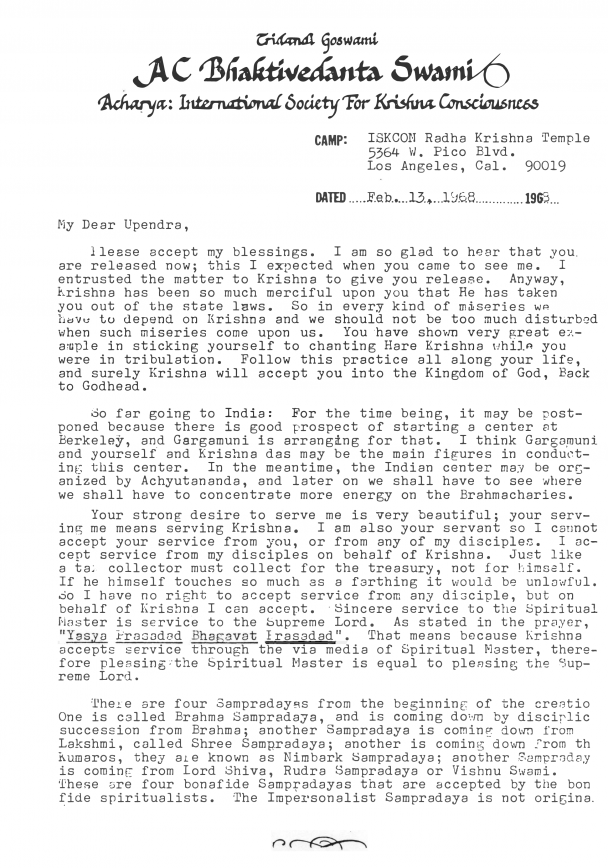 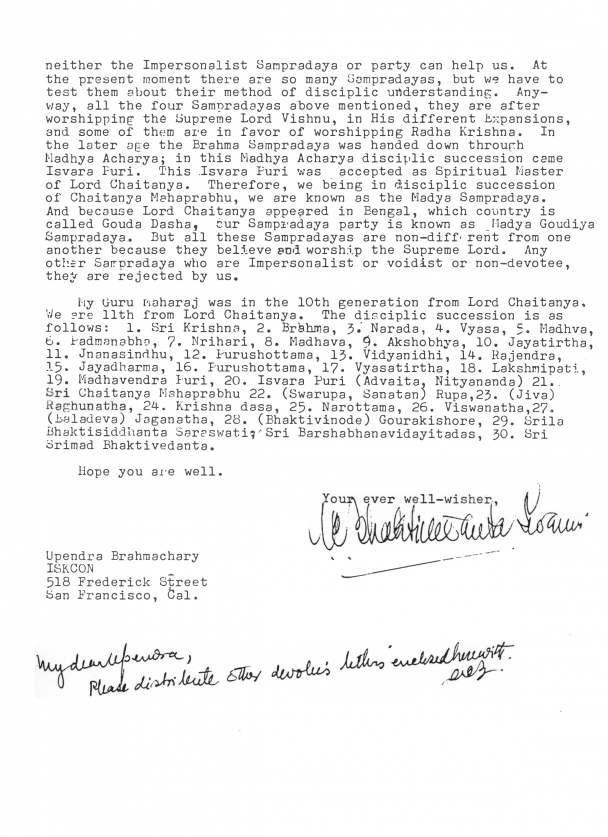 Please accept my blessings. I am so glad to hear that you are released now; this I expected when you came to see me. I entrusted the matter to Krishna to give you release. Anyway, Krishna has been so much merciful upon you that He has taken you out of the state laws. So in every kind of miseries we have to depend on Krishna and we should not be too much disturbed when such miseries come upon us. You have shown very great example in sticking yourself to chanting Hare Krishna while you were in tribulation. Follow this practice all along your life, and surely Krishna will accept you into the Kingdom of God, Back to Godhead.

So far going to India: For the time being, it may be postponed because there is good prospect of starting a center at Berkeley, and Gargamuni is arranging for that. I think Gargamuni and yourself and Krishna das may be the main figures in conducting this center. In the meantime, the Indian center may be organized by Achyutananda, and later on we shall have to see where we shall have to concentrate more energy on the Brahmacharies.

Your strong desire to serve me is very beautiful; your serving me means serving Krishna. I am also your servant so I cannot accept your service from you, or from any of my disciples. I accept service from my disciples on behalf of Krishna. Just like a tax collector must collect for the treasury, not for himself. If he himself touches so much as a farthing it would be unlawful. So I have no right to accept service from any disciple, but on behalf of Krishna I can accept. Sincere service to the Spiritual Master is service to the Supreme Lord. As stated in the prayer, Yasya Prasadad Bhagavat Prasadad. That means because Krishna accepts service through the via media of Spiritual Master, therefore pleasing the Spiritual Master is equal to pleasing the Supreme Lord.

Hope you are well.