670929 - Letter to Jayananda written from Delhi 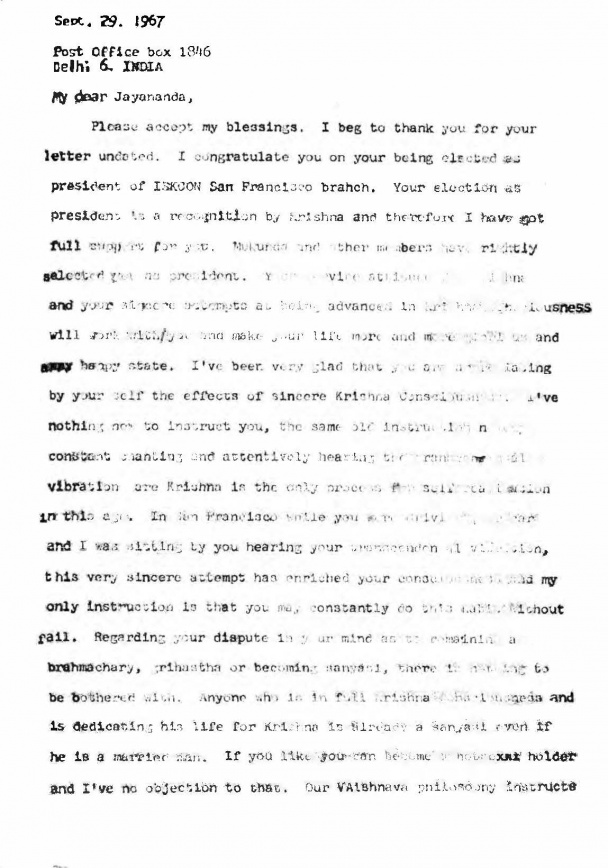 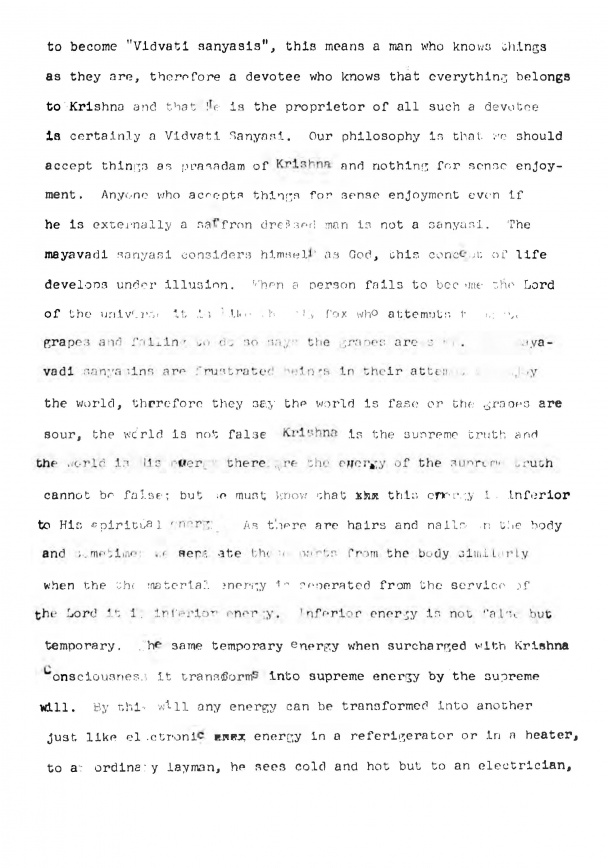 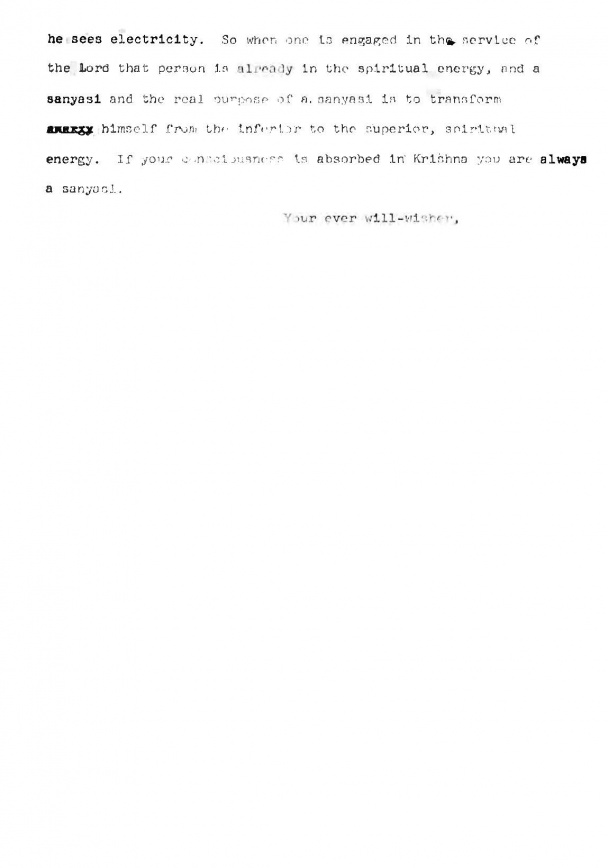 Please accept my blessings. I beg to thank you for your letter undated. I congratulate you on your being elected as president of ISKCON San Francisco branch. Your election as president is a recognition by Krishna and therefore I have got full support for you. Mukunda and other members have rightly selected you as president. Your service attitude for Krishna and your sincere attempts at being advanced in Krishna Consciousness will work with you and make your life more and more glorious and a happy state. I've been very glad that you are appreciating by your self the effects of sincere Krishna Consciousness. I've nothing new to instruct you, the same old instruction namely constant chanting and attentively hearing the transcendental vibration Hare Krishna is the only process for self realization in this age. In San Francisco while you were driving your car and I was sitting by you hearing your transcendental vibration, this very sincere attempt has enriched your consciousness and my only instruction is that you may constantly do this habit without fail. Regarding your dispute in your mind as to remaining a brahmachary, grhastha or becoming sannyasi, there is nothing to be bothered with. Anyone who is in full Krishna Consciousness and is dedicating his life for Krishna is already a sannyasi even if he is a married man. If you like you can become a householder and I've no objection to that. Our Vaishnava philosophy instructs to become "Vidvati sanyasis", this means a man who knows things as they are, therefore a devotee who knows that everything belongs to Krishna and that He is the proprietor of all such a devotee is certainly a Vidvati Sannyasi. Our philosophy is that we should accept things as prasadam of Krishna and nothing for sense enjoyment. Anyone who accepts things for sense enjoyment even if he is externally a saffron dressed man is not a sanyasi. The mayavadi sanyasi considers himself as God, this concept of life develops under illusion. When a person fails to become the Lord of the universe it is like the sly fox who attempts to taste grapes and failing to do so says the grapes are sour. The mayavadi sannyasins are frustrated beings in their attempt to enjoy the world, therefore they say the world is fake or the grapes are sour, the world is not false, Krishna is the supreme truth and the world is His energy therefore the energy of the supreme truth cannot be false; but we must know that this energy is inferior to His spiritual energy. As there are hairs and nails on the body and sometimes we separate these parts from the body similarly when the material energy is separated from the service of the Lord it is inferior energy. Inferior energy is not false but temporary. The same temporary energy when surcharged with Krishna Consciousness it transforms into supreme energy by the supreme will. By this will any energy can be transformed into another just like electronic energy in a refrigerator or in a heater, to an ordinary layman, he sees cold and hot but to an electrician, he sees electricity. So when one is engaged in the service of the Lord that person is already in the spiritual energy, and a sanyasi and the real purpose of a sanyasi is to transform himself from the inferior to the superior, spiritual energy. If your consciousness is absorbed in Krishna you are always a sanyasi.