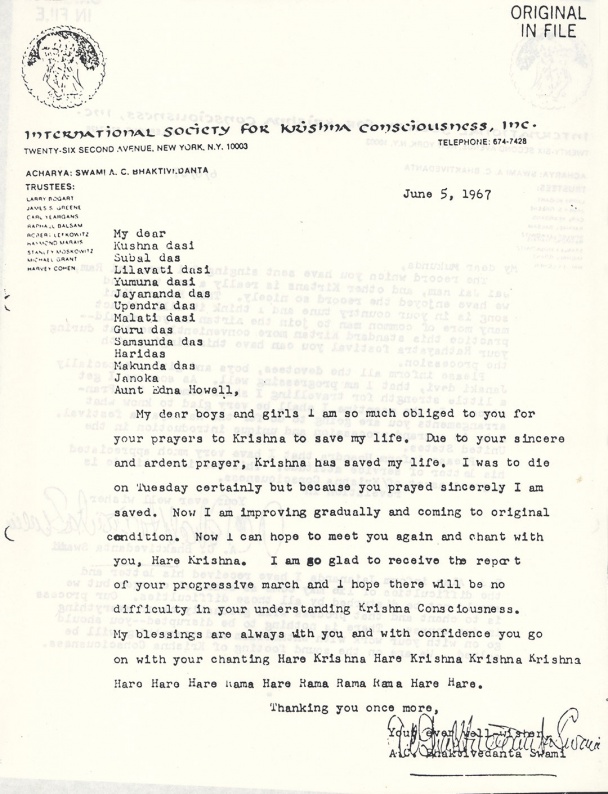 Letter to boys and girls


My dear boys and girls I am so much obliged to you for your prayers to Krishna to save my life. Due to your sincere and ardent prayer, Krishna has saved my life. I was to die on Tuesday certainly but because you prayed sincerely I am saved. Now I am improving gradually and coming to original condition. Now I can hope to meet you again and chant with you, Hare Krishna. I am so glad to receive the report of your progressive march and I hope there will be no difficulty in your understanding Krishna Consciousness. My blessings are always with you and with confidence you go on with your chanting Hare Krishna Hare Krishna Krishna Krishna Hare Hare Hare Rama Hare Rama Rama Rama Hare Hare.


Thanking you once more,