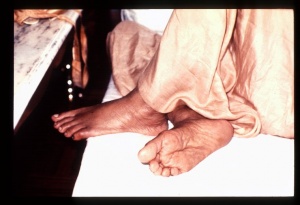 A person is said to be established in self-realization and is called a yogī [or mystic] when he is fully satisfied by virtue of acquired knowledge and realization. Such a person is situated in transcendence and is self-controlled. He sees everything-whether it be pebbles, stones or gold-as the same.

Book knowledge without realization of the Supreme Truth is useless. This is stated as follows:

This Bhagavad-gītā is the science of Kṛṣṇa consciousness. No one can become Kṛṣṇa conscious simply by mundane scholarship. One must be fortunate enough to associate with a person who is in pure consciousness. A Kṛṣṇa conscious person has realized knowledge, by the grace of Kṛṣṇa, because he is satisfied with pure devotional service. By realized knowledge, one becomes perfect. By transcendental knowledge one can remain steady in his convictions, but by mere academic knowledge one can be easily deluded and confused by apparent contradictions. It is the realized soul who is actually self-controlled because he is surrendered to Kṛṣṇa. He is transcendental because he has nothing to do with mundane scholarship. For him mundane scholarship and mental speculation, which may be as good as gold to others, are of no greater value than pebbles or stones.